Places to visit in Jodhpur

Jodhpur is a city in the Thar Desert of the Indian state of Rajasthan in the northwest. Its ancient palace, the 15th-century Mehrangarh Fort, is now a museum featuring weapons, paintings, and ornate royal carriages (sedan chairs). The fort, situated on a rocky outcrop, overlooks the walled city, where many buildings are painted the city’s signature hue of blue.

Jodhpur offers the right balance of monarchy and ethnicity. Jodhpur, sometimes known as “The Sun City of India,” is one of several well-known royal thrones in Rajasthan’s Thar Desert region.

The art, architecture, and infrastructure of Jodhpur City beautifully preserve the enchantment of its prehistoric past. Tourists who appreciate witnessing royalty and reliving India’s bygone era will have a great time in Jodhpur.

The following are a few places that you should add to your list, on your next visit to Jodhpur

It’s a little town near the Rajasthani metropolis of Jodhpur. Bishnoi is well-known for its cultural activities. It is a popular tourist destination with activities such as camel trekking, desert excursions, cane spotting, village walks, and much more. The main draw of this lovely place is art and crafts, as well as other artistic interests.

The superb safari excursions and other private tours attract many people to this area. In addition, you can live in a luxurious environment and have once-in-a-lifetime adventures while being surrounded by the typical village atmosphere. 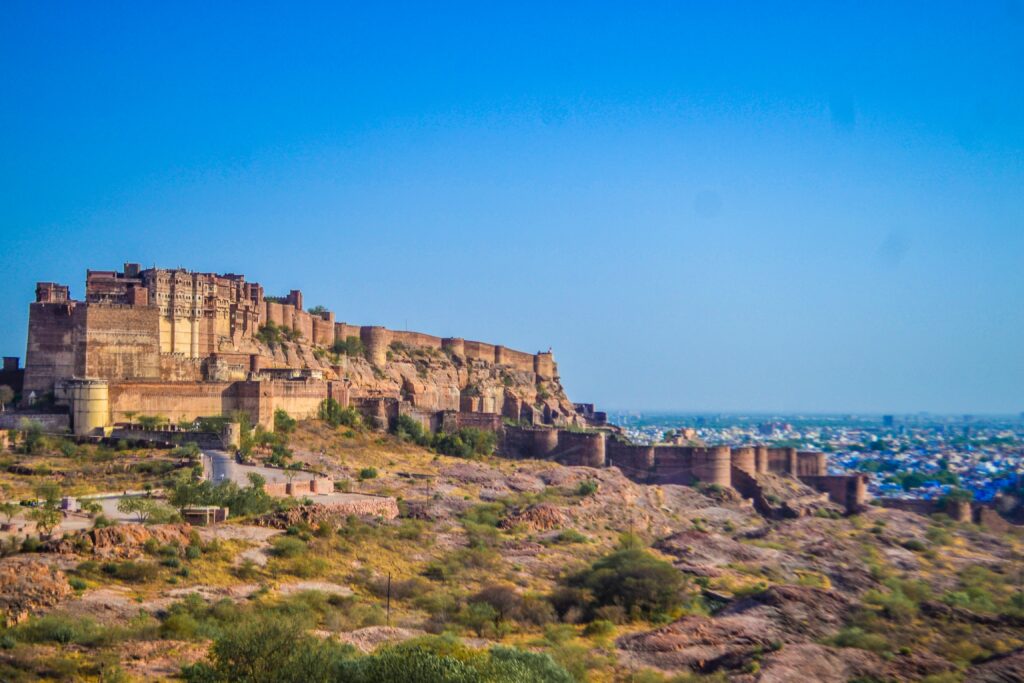 This colossal fort is the most popular site in Jodhpur since it is considered a marvel of architectural design. The unique design and gorgeous architecture fascinate visitors to this fort. It’s positioned above a hill. 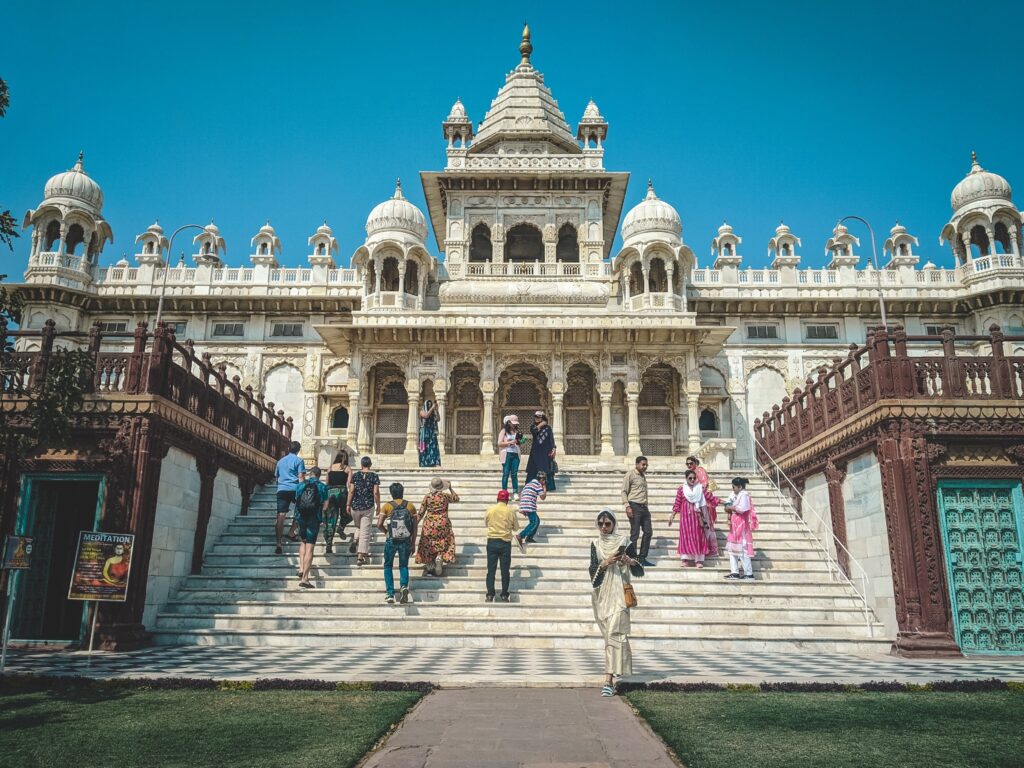 Jaswant Thada is one of the many tourist sites in Jodhpur that are recognized for their beauty and are located close to the imposing Mehrangarh Fort. It is one of Jodhpur’s several architectural masterpieces. It affords a more expansive and better view of the mighty Mehrangarh fort, making it a well-equipped tourist attraction in its own right.

It is a monument dedicated in honour of Maharaja Jaswant Singh, constructed in 1899 and adorned with rare white marble.

Mandore Gardens is one of the most attractive tourist destinations in Jodhpur. The tour of Jodhpur is incomplete without a visit to the beautiful gardens. Madore Garden is brimming with cenotaphs, ancient temples, and several more sites that will transport you back in time.

In close proximity to the cenotaphs is the hall of heroes, which is dedicated to Rajput folk heroes and several deities. Their statues are elaborately sculpted in stone. The Shrine of Three Hundred Million Gods is an additional feature of this area. Climb the hill to view the ruined city of Mandore and its ancient palace.

The Rao Jodha Desert Rock Park in Jodhpur is a 72-hectare park located near the Mehrangarh Fort. The park was established in 2006 to restore the ecosystem of a rocky area and promote the growth of vegetation nearby. Rao Jodha Desert Rock Park is one of the most tranquil locations to visit in Jodhpur. For the ultimate Jodhpur tourism experience, stroll through the park and absorb the rawness of desert plants.

Make sure to visit these beautifully landscaped places in jodhpur during your stay at our luxury desert camp in Jodhpur.