The town, Jaisalmer, stands on the ridge of serene yellow sandstone and is shrouded by the beautiful Jaisalmer Fort. Rawal Jaisal built the very first fort in 1156, named it ‘Jaisalmer’ from his name, and declared it the capital of his kingdom. The fort is recognized as a famous World Heritage. It consists of a majestic royal palace and several ancient Jain temples.

Houses and temples surrounding the town are built of well-sculpted sandstone. The city lies amidst the vast expanse of the Great Indian Desert, the Thar Desert. It is the administrative headquarters of Jaisalmer, which belongs to the culturally gregarious and world-renowned state of Rajasthan in India.

Jaisalmer is a widely visited tourist site and offers the best of ancient Indian culture and cuisine. It is rampant with moving stories of Rajasthani bravery, courage, and industrial potential.

In one day Jaisalmer local sightseeing experience, we will be visiting Jaisalmer Fort, Patwon-Ki-Haveli, Maharaja’s Palace, Vyas Chhatri, Nathmal Ji Ki Haveli, and the Kuldhara Abandoned Village. This vacation is a brilliant option for solo travellers, history enthusiasts, and even families who are looking for a culturally and historically diverse holiday.

We can begin by visiting the most famous site of Jaisalmer, Jaisalmer Fort. This breathtaking fort is a sight to admire the massive sandcastle rising from the sand like an oasis in the desert. It is charming, owing to the mystery of the desert, and covered with several pillars that are menacing yet beautiful.

The fort’s still, and inhabitant roads and lanes are circumferenced by ninety-nine bastions. Shops inside are swamped with bright embroideries, a gigantic palace from India’s gregarious Rajput past, and several indigenous businesses. It is hard to miss the compelling presence of the desert citadel, despite the rampant exhibition of commercial art. the twisted lanes of this old civilization conceal magnificent Havelis and Gharanas, all sculpted from the same golden sandstone-like the fort, hence Jaisalmer’s familiar, beloved name as the Golden City.

A trip to this exciting part of Rajasthan will give you the memories of a lifetime. 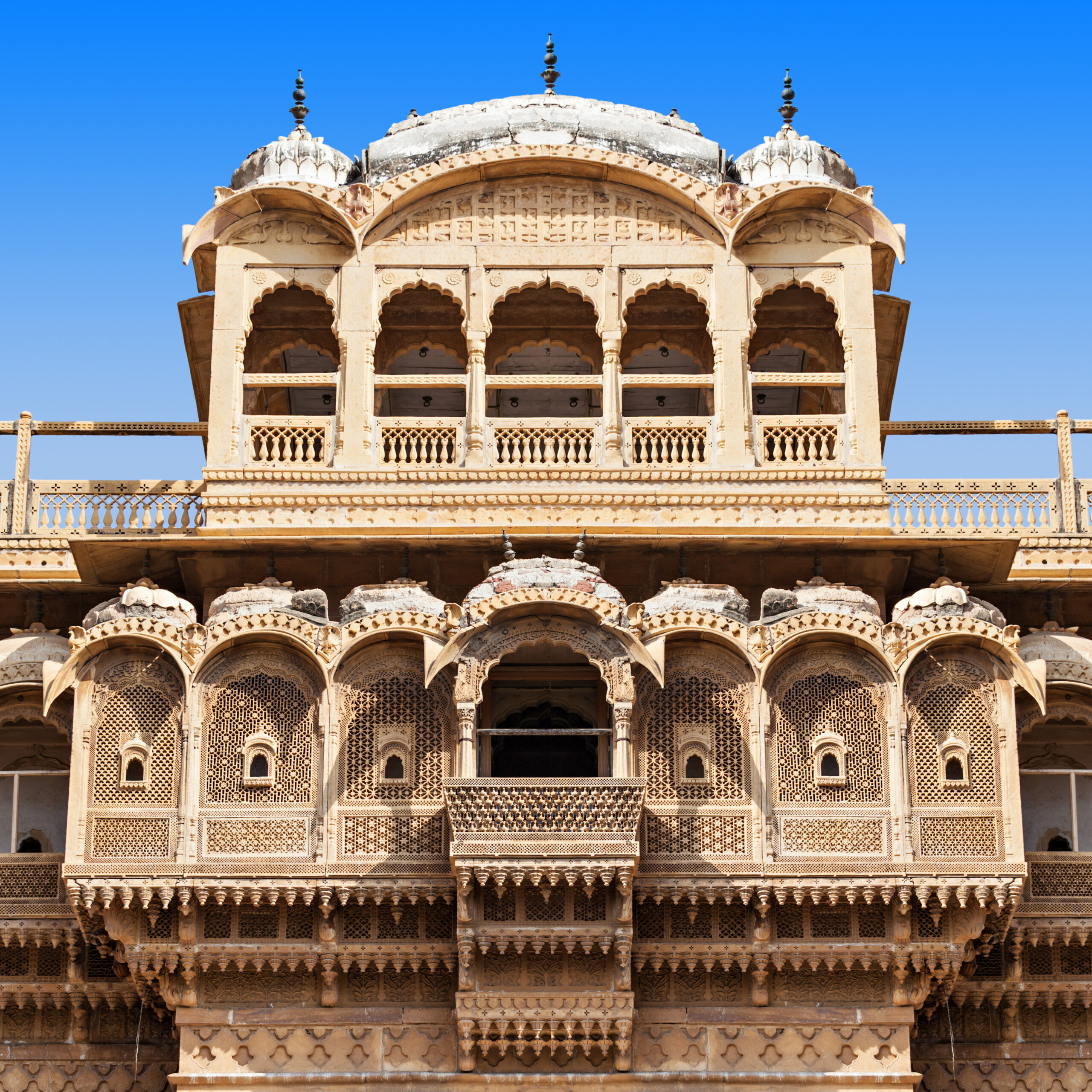 The Patwon ki Haveli is among the most famous architectural creations of Rajasthan because of two reasons. First is that it was the first-ever Haveli built in Jaisalmer, and secondly, it is an elegant complex of five different beautiful Havelis. This is among the largest Havelis in Jaisalmer.

Maharaja Palace
Built in 1156 CE, the Maharaja Palace is one of the world’s largest fort complexes and a World Heritage Site. This palace is right at the center of the city of Jaisalmer, arising out of the sands of the enormous Thar Desert. The palace’s yellow sandstone facade turns from tawny to golden as the sun sets.

The Maharaja’s Palace is smaller yet offers a lot of fascinating things for the onlooker to explore. The intricate details are highly regarded for the architectural magnificence of this palace.

Kuldhara Village
An abandoned village, Kuldhara, is in the Jaisalmer district of Rajasthan, India. It was established in the nineteenth century, and the settlements had to disperse and evacuate because of disturbances like earthquakes and floods. Such theories and the paranoia of the local people have made it one of the most famous haunted sites in India. The spot has developed the reputation of a haunted location, and it was only recently that the government decided to revamp it as a tourist spot.

Nathmal Ji Ki Haveli
The famous architecture and grandeur of Nathmal Ji Ki Haveli is one such place you can’t afford to miss. The construction of this mansion started from two points at the same time to cover maximum space in quick intervals. Explore the elephant carvings on yellow stones of the Golden city’s past and intricately carved exteriors and interiors. 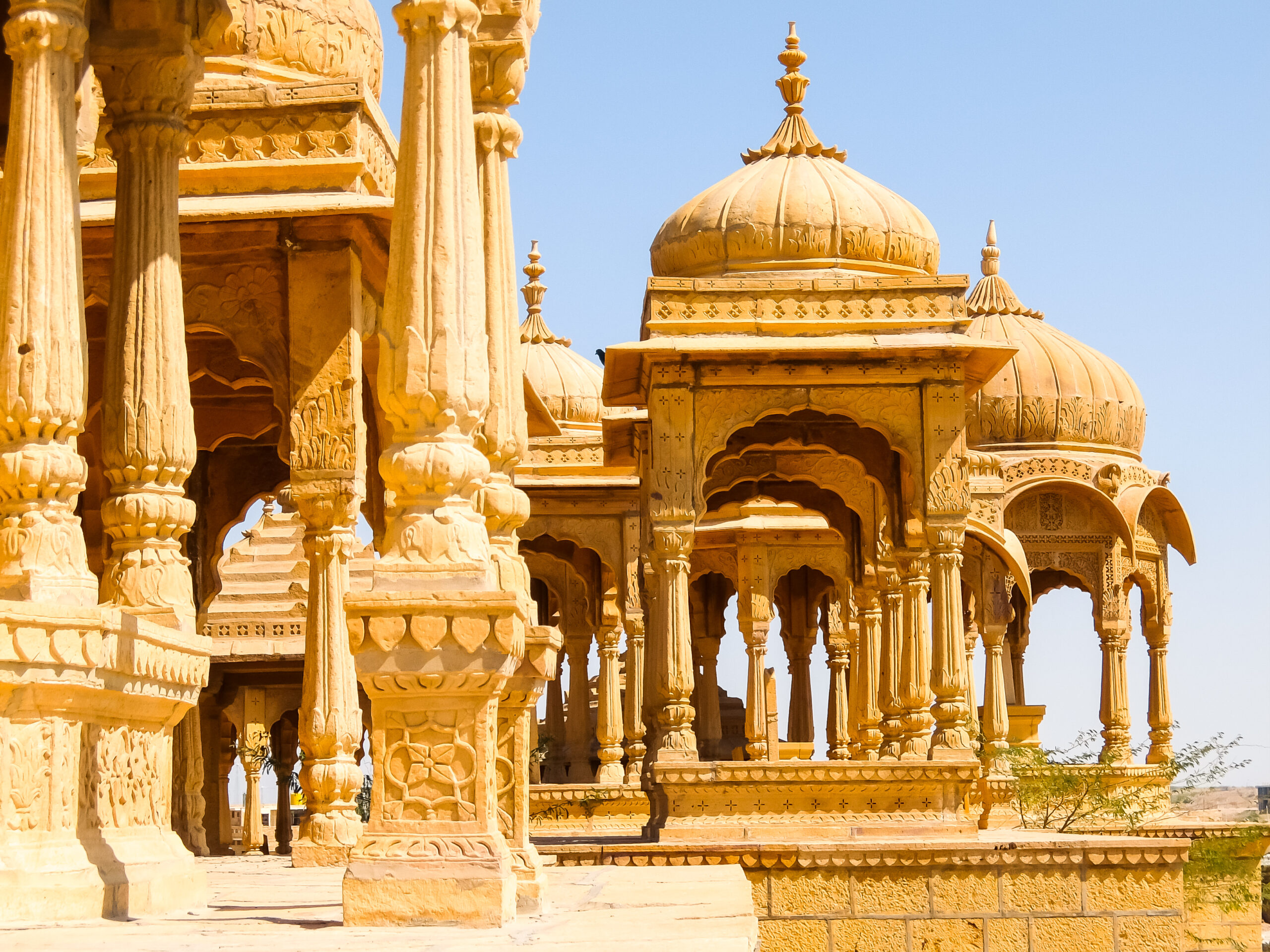 Vyas Chhatri, the city’s ancient structure, is a mesmerizing example of Rajasthani construction and architecture. The heritage is dedicated to the famous sage Vyasa from the epic Mahabharata. This original version of a cenotaph is made up of intricate carvings, which is a sight to behold. The region’s traditional Rajput leaders have built cenotaphs in memory of their leaders. Vyas Chhatri is among the most visited spots and an excellent place.