Dromedaries are mostly active during daylight hours. They form herds of about 20 camels, and a dominant male leads them. They mostly feed on foliage and desert vegetation. Several adaptations such as the ability to tolerate losing more than 30% of total water content, allow them to thrive in their desert habitat. Mating occurs annually and peaks in the rainy season; females bear a single calf after a gestation of 15 months.

Camel is not just an iconic animal of Rajasthan, it has also been a part of the cultural identity of the state. In 2014, Camels have been declared as the State Animal (Livestock) of Rajasthan.
But this identity of Rajasthan is now fighting for its survival. The number of camels that arrived for sale at the Pushkar Fair which is the globally renowned Camel Fair is the lowest in the last 20 years. And according to the surveys camels will disappear from the fair in the next five years has been declared an endangered species by the International Union for Conservation of Nature and Natural Resources (IUCN).

The National Bureau of Animal Genetic Resources (NBAGR) lists nine dromedary breeds of camel in India, of which five (Bikaneri, Jaisalmeri, Jalori, Marwari and Mewari) originated in Rajasthan. The Mewati can be seen in both Rajasthan and Haryana, the Kutchi and Kharai are Gujarati and the Malvi belongs to Madhya Pradesh. At Manvar, our desert camp in Jodhpur, the local villagers who own camels and take care of them take the travellers for a camel ride in the desert. 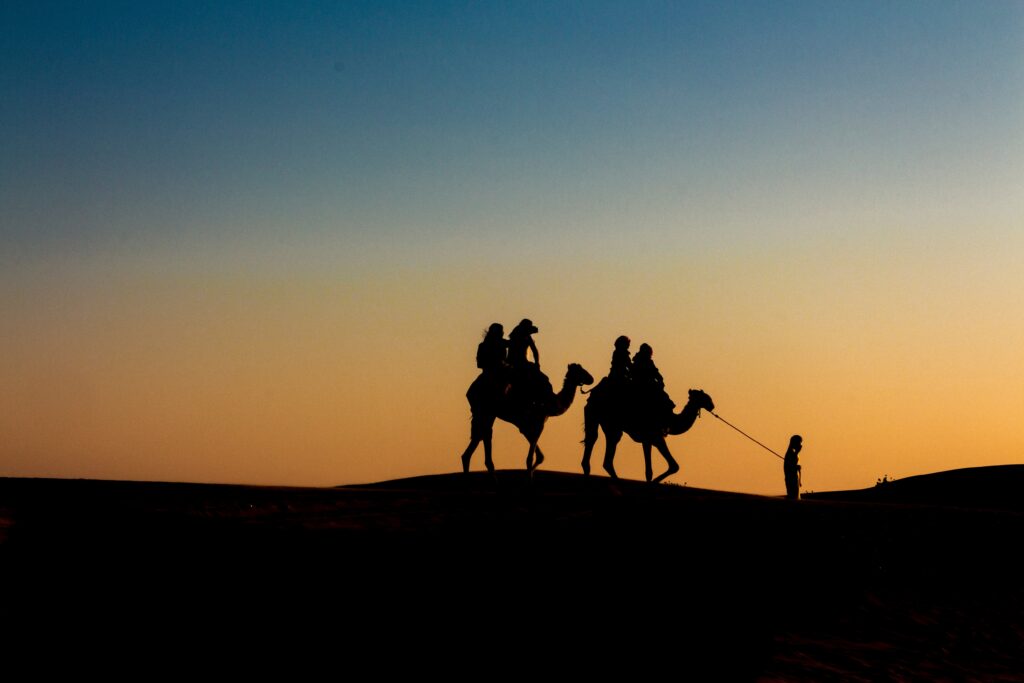 The Indira Gandhi canal traverses seven desert districts—Barmer, Bikaner, Churu, Hanumangarh, Jaisalmer, Jodhpur and Sriganga­nagar—brought in irrigation and a massive increase in farmlands, reducing the open pastures on which the camels survived. Camel owners in most parts of the desert leave them to roam about freely for eight months a year. Development and restrictions on entry into forests and mangrove swamps (in the Kutch) have greatly reduced the freely available fodder and has made it expensive for camel owners to maintain the animals.

In some of the remote villages in Rajasthan, camels are used by the post offices to deliver mail. Camels carts are used to commute, carry goods, to draw water out of deep water wells. Families and their household equipment migrate on their backs. It is a common sight in the remote areas to see camel caravans with sacks filled with grass used for feeding horses, oxen, water buffalo. Travellers say that one of the most enchanting experiences you can have in India is to ride through the desert on the back of a camel and camp out under the stars. We at Manvar, our desert camp in Jodhpur, offer camel safari during sunsets which is an amazing experience.

Coming all the way to the great Thar desert, and going back without a camel ride? It’s simply unthinkable. At Manvar, local camel owners are employed during the tourist season to take guests for a ride on the back of the desert’s most famous and iconic inhabitant – The Dromedary Camel. Camel excursions give guests an opportunity to see the splendour of the Thar Desert from a little higher up. The trained and veteran riders help guests take perch atop a sitting camel and soon after, these desert experts rise up and walk around. while the accompanying tour guide shares folk stories and interesting facts about this part of the Thar. 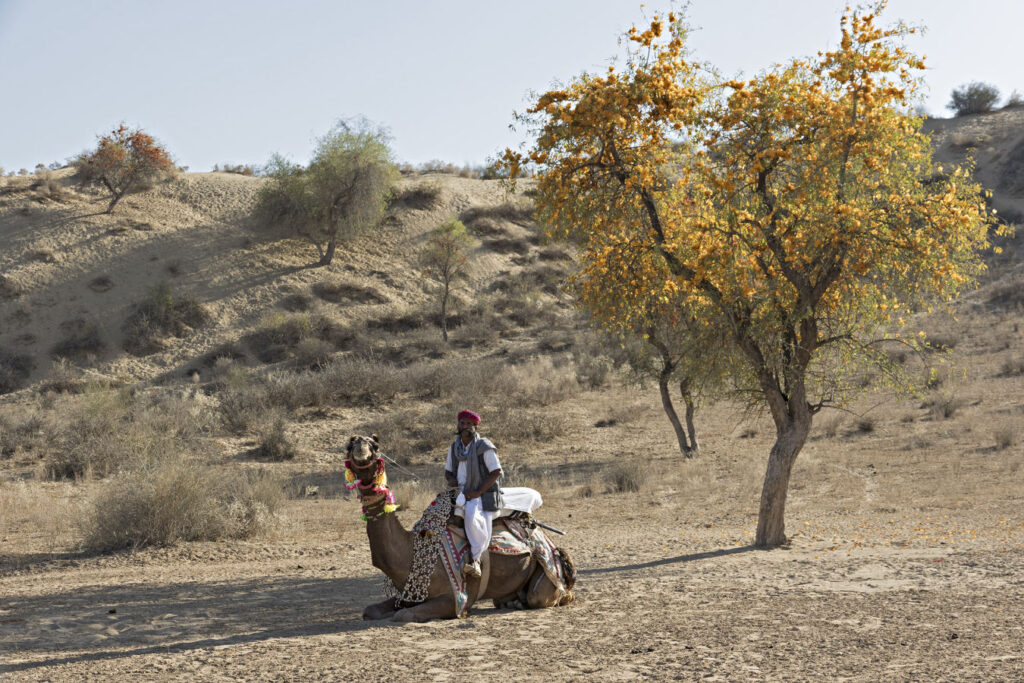 To learn more about experiences in Manvar visit Experiences. Desert Excursion and Authentic, rural Rajasthan are only some of the amazing experiences that we offer at our desert camp in Jodhpur.