Abhaneri was once a vibrant city brimming with lights and liveliness. Because of its rich history, this little hamlet near Jodhpur used to be quite a busy metropolis. However, the town is now in ruins, as the decrepit has succumbed to the test of time. Abhaneri was previously known as Abha Nagari, which translates to “city of brightness.” This city was famous, from the moonlight on the floor to the beautiful water in the stepwell. The massive stepwell and other historic monuments serve as a portal to a bygone era. Even though relatively few people visit Abhaneri, it is a destination worth visiting, even if only for a half-day excursion while you stay at our luxury desert camp in Jaisalmer 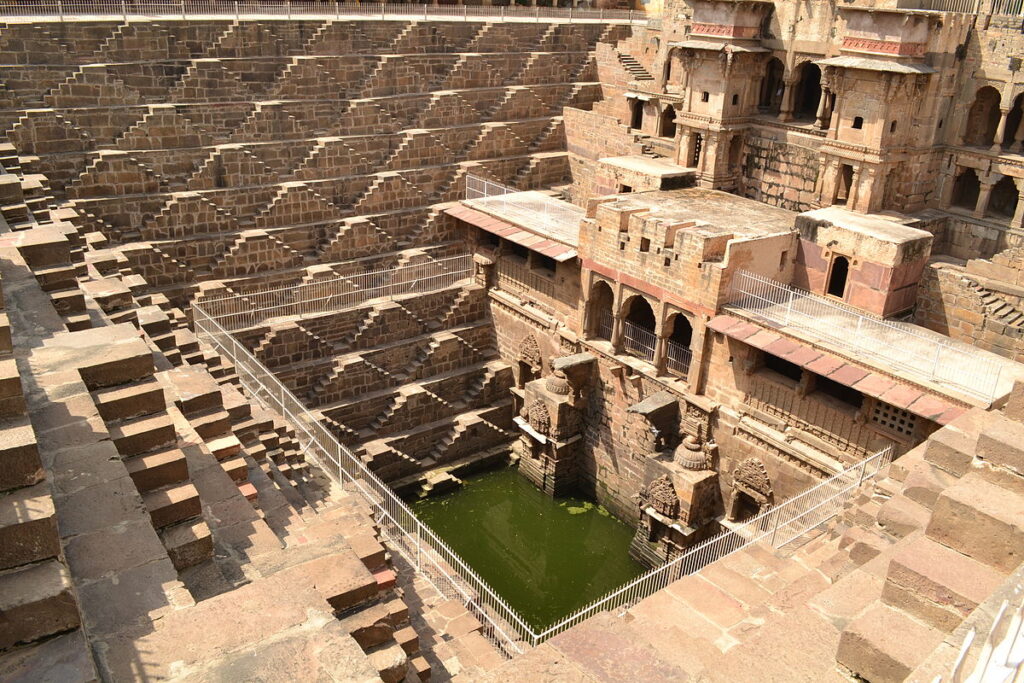 You can feel rather unimpressed when you first arrive at the stepwell. Crowds, photographers, and even a ticket counter are nonexistent. There is, nevertheless, an undeniable allure that will keep you drawn in and reassure you that you are in the correct spot. You can see the beauty of this location after you enter the building. It nearly seems as though you have entered another universe. The deep, winding steps that lead to the well appear ethereal and fantastic. You will then be aware that you are at Chand Baori, Abhaneri. The Chand Baori in Abhaneri, one of Rajasthan’s oldest Step wells, was built by Raja Chand in the year 825 AD. Despite appearing considerably deeper from above, the well is just around 20 m deep. There are roughly 13 twisting, beautiful levels that make for beautiful pictures. This step well also has the advantage of being one of Rajasthan’s deepest step wells.

The stepwell has roughly 3500 steps, and what’s most amazing about its construction is that there are no mortars or iron clips holding the steps together. These steps have been designed so that they fit together effortlessly. The workmanship is flawless. The second amazing thing is that these stairs have survived earthquakes, cyclones, and even hurricanes for over a thousand years in that condition!

Imagine the type of memorial this may have been back in the day as you stand at the stairs for a while and gaze downward. A guide may also be hired, who will be able to fill you in on the history and daily life of this Chandi Baori.

The History of Abhaneri Village

Although there are many elaborate inscriptions that describe how the stepwell was originally, there are no clear explanations as to why it was ever erected. According to the inscriptions, the stepwell was formerly surrounded by steps on three sides and had a ramp on the fourth. This made it possible for people of all ages and animals to access the well and consequently the water.

Your guide will share various tales with you about the extravagant events that formerly took place here as well as how the area was brought to its knees by Mahmud Ghazni’s invasion. Local lore claims that the well was abandoned when the city was sacked and its inhabitants were expelled.

The stepwell was found in the 18th century, and the tale surrounding it is as intriguing. Folklore has it that the Lord instructed a Brahmin minister in a dream to uncover a hidden well. The King loved the stepwell so much that he even built a massive and royal castle here when the Brahmin done so and was restored as the King’s minister (he had been knocked out of favour).

Although the palace is not as old as the Chand Baori in Abhaneri, it is every bit as majestic. The palace served as the King’s summer home, and he only visited on special occasions. The extravagant tales of the guide allow you to picture the type of luxury and monarchy that once resided beyond the walls, despite the fact that guests are not permitted inside. In order to bring water up to the level of the palace, an antique water wheel was constructed through the stepwell, as your tour guide will explain to you. Then a fountain was created using this water! You can’t help but imagine what the interior of the palace originally looked like with such royal tales. 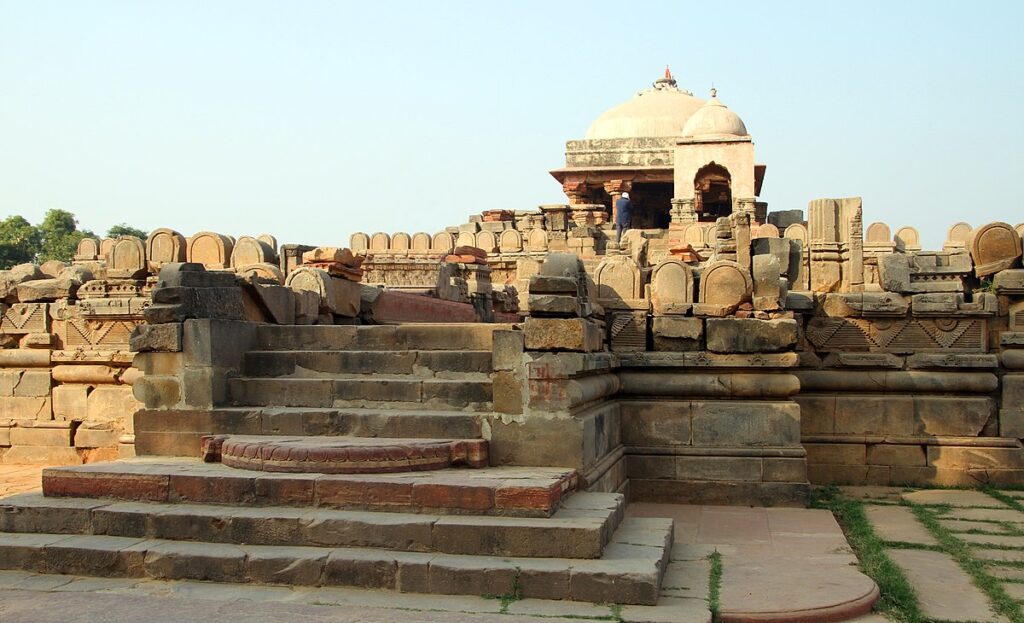 The Vishnu Temple, which is situated next to the well and the palace, is another extraordinary and magnificent sight in Abhaneri. The goddess of Lakshmi, the wife of Lord Vishnu, was reportedly placed within the temple when the King renovated it. However, the idol the monarch had erected is not what you will discover today; instead, you will find a shining marble statue of the goddess. You may also see the remains of the old temple, such as pillars and ceiling fragments, as you stroll about the complex.

Some fascinating and elaborate sculptures may be seen as you enter the temple. These statues depict several gods and lords. You’ll gasp at the amount of detailed detailing on these constructions. Stunning works of art may be seen here, ranging from the dancing Ganesha to Krishna hoisting a mountain. Brahma, Vishnu, and Shiva, the three gods, are also shown on a single panel with lifelike features carved onto their sculptures. Take some time to admire the incredible talent and labour of the sculptors—there are many other sculptures here.

The quantity of pillar fragments and ruins lying in a pile on the floor will also astonish you. These shards also highlight the fact that the present-day temple is simply a shell of the former structure, which was once quite large and opulent. Simply stray off and observe the carefully carved pillars; each pillar is embellished with lovely craftsmanship and vibrant decorations, and each pillar has a different and individual design. There are also carvings of flora, fruits, and trees. You can see Lord Agni, Lord Vishnu, and Lord Indra’s sculptures on the temple’s outside walls. Not only will these sculptures of the gods make you feel warm, but they’ll also give you a peaceful spirituality.