Jodhpur is a haven for history and architecture buffs, and day by day, the city’s tourism industry is flourishing. The Mehrangarh Fort, Kaylana Lake, Balsamand Lake, Ranisar Lake, Rao Jodha Desert Rock Park, and of course, Ghanta Ghar Jodhpur are some of the popular tourist attractions in Jodhpur, India. Traders and businesspeople flock to the city in quest of new opportunities. From solo travellers to families seeking a good time, Jodhpur is a destination for all. The city is not only alluring due to its beauty, but also due to how hospitable the locals are. Being welcomed and feeling at home while visiting a city is incredibly rewarding. Manvar desert camp in Jodhpur is a wonderful location for exploring the area’s stunning lakes.

The following lakes are well-known in Jodhpur: 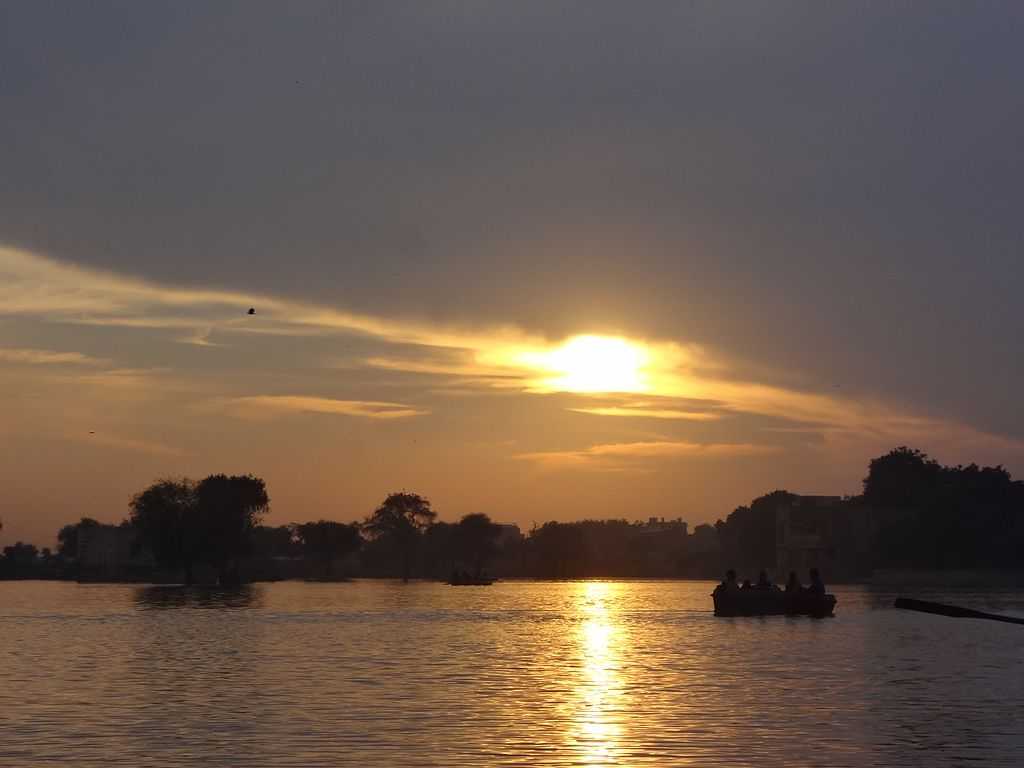 The following lakes are well-known in Jodhpur:

A massive artificial lake with an area of 84 sq km, Kaylana Lake is situated 8 km to the west of Jodhpur. It was constructed by Pratap Singh in 1872 and is the main source of drinking water for the people of Jodhpur and other nearby communities. For the majority of tourists making the calm drive between Jaisalmer and Jodhpur, this lake is a must-see. It provides a beautiful view of Jodhpur’s sunset as well.

Travellers can enjoy numerous panoramic views of the old lake’s boundaries because it is bordered by Babylonian trees, hills, and rocks. Many different bird species may escape the heat of Rajasthan while taking advantage of the lake’s cool breeze, making it a favourite among bird watchers. During the winter, the Siberian Crane can also be found in this area. Travellers can rent a boat to explore the region, or if they’d rather unwind in peace and quiet, they can have a picnic by the lake. The Machiya Biological Park, Machiya Fort, and other Shiva temples are all easily accessible from Kaylana Lake, as are many other popular tourist destinations close to Jodhpur. This lake, which is the best lake in Jodhpur, has all of these attractions within a 5-kilometer radius of its edges. 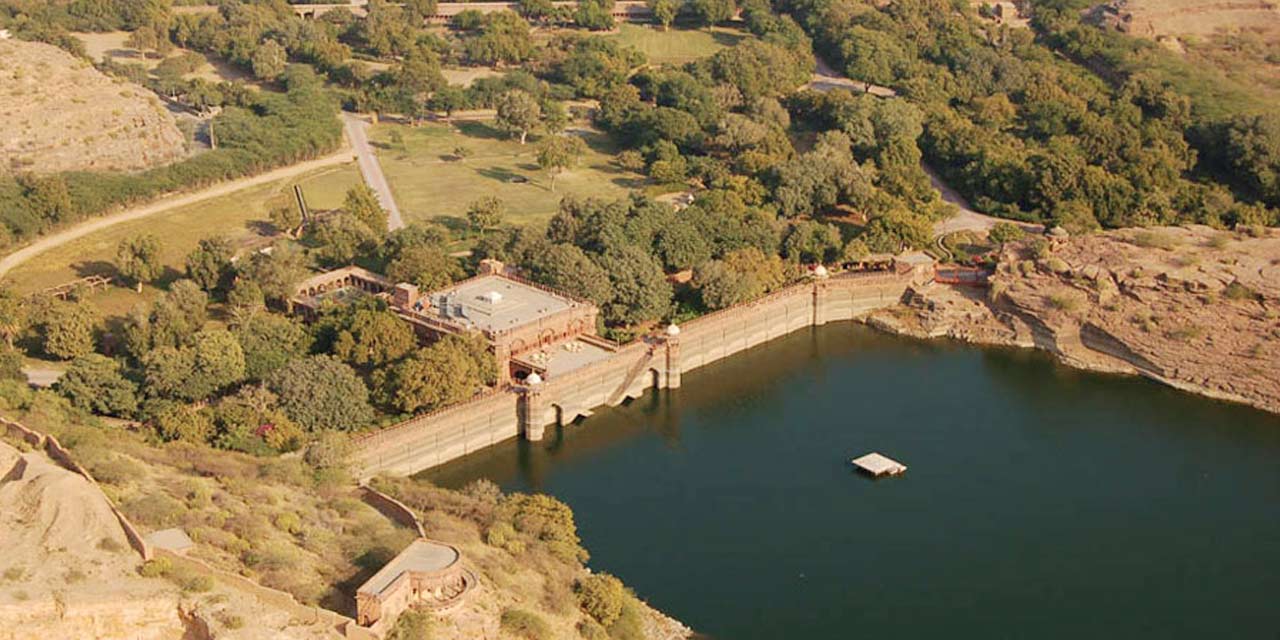 Balsamand Lake was created in the 12th century and is well-known for being the location of the Bal Samand Lake Palace. Despite being only 5 kilometres from Jodhpur, it feels a world away from the city’s bustle. In order to protect Jodhpur from drought, the Gurjara-Pratihara kings constructed the lake in 1159 AD. The title of Sawai Raja was given to Maharaja Sur Singh in appreciation for his excellent work in creating this man-made lake. It is surrounded by verdant gardens and boasts a variety of trees, including mango, papaya, and pomegranate. Overlooking the lake is the red sandstone architectural wonder of the Balsamand Palace on the Lake, built in the seventeenth century.

How to Get to Balsamand Lake

The most convenient method to get to Balsamand Lake is to reserve a taxi in advance or arrange transportation with the hotel you are staying at. You must first arrive at NH 65 on your way from the airport before turning left onto NH 114 to get there. For your convenience, there are additional local buses accessible. 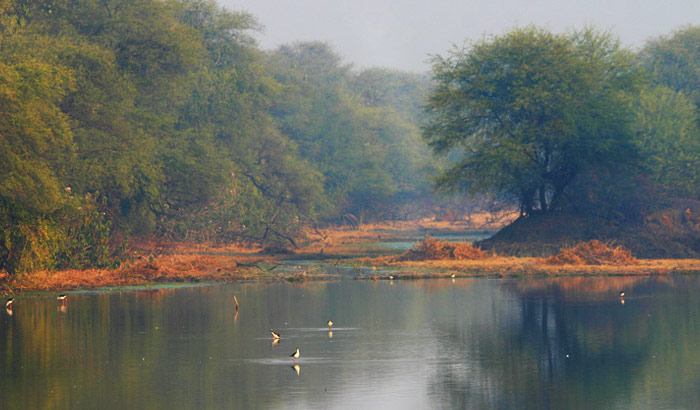 The city of Jodhpur is close to Sardar Samand Lake. On the Jodhpur-Pali route, the lake is located 60 kilometres to the southeast of Jodhpur. The view of this lake is magnificent. Numerous species of migratory birds are drawn to Sardar Samand Lake. So, if you enjoy bird watching, this is the spot. Tourists that come to enjoy the tranquilly and seclusion of this place are drawn by its calm waters as well.

One can observe local wildlife, in particular the Black Buck, Nilgai, and Chinkara, while travelling from Jodhpur to Sardar Samand Lake. Even Ratta captivates you while giving you an exciting drive. The countryside with its bustling towns and friendly villagers gives you a flavour of the friendliness of the area. A historic settlement called Bishnoi villages is also traversed along the road. 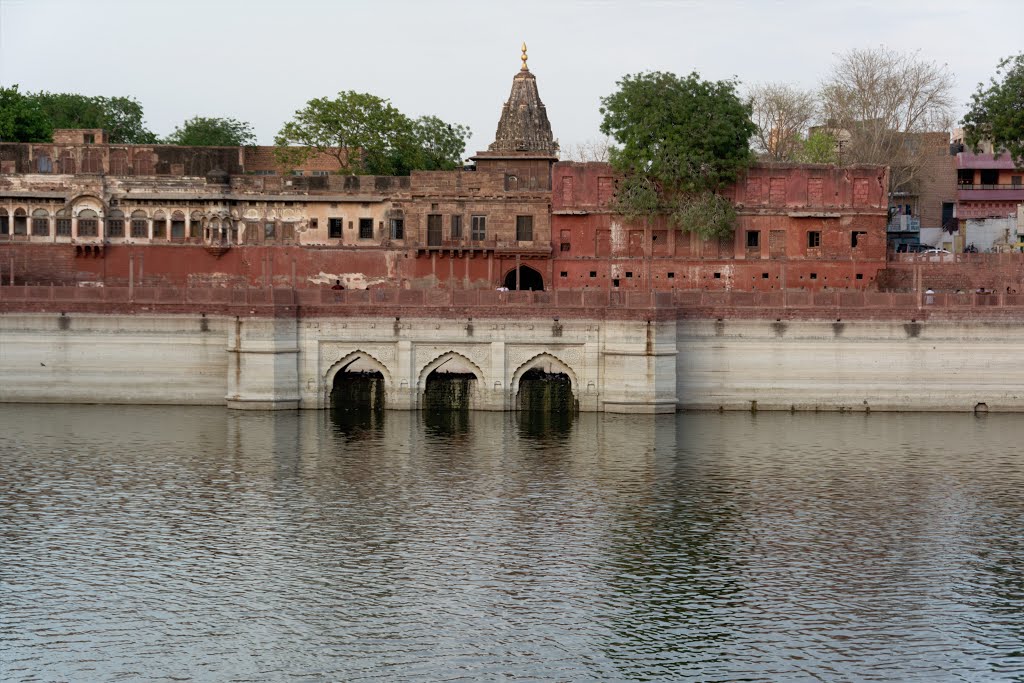 Gulab Sagar Lake, another stunning lake in Jodhpur, was created in 1788. This beautiful lake is situated in Jodhpur’s Sardar Market. 6 kilometres separate the historic city district from Gulab Sagar Lake. Gulab Rai was in charge of the lake’s construction. Bavari, the water source, was formerly known as Gulab Sagar Lake.

The creation of Gulab Sagar Lake, which has dimensions of 150 by 90 metres, took about 8 years. The lake receives water from a canal that originates in Bal Samand Lake. The area around Gulab Sagar Lake has plenty of beautiful locations. Kunjbihari Temple is another one of the lake’s most beautiful locations. Krishna is the main deity in the Kunjbihari Temple.

Due to the existence of this lovely temple situated on the property, visitors are drawn to the natural beauty of Gulab Sagar Lake. One of the city of Jodhpur’s architectural wonders is the Kunjbihari Temple. The roof of the temple and its entryway are wonderfully carved with lovely patterns and decorations. The temple’s main entrance features a stunning Meera Bai idol. Lord Krishna has a tremendous follower in Meera. The temple contains two additional exquisite idols. At the temple’s entrance, there are statues of Lord Hanuman and Namdev, a saint.

Similar to Ghanshyamji Temple in Jodhpur city, Kunjbihari Temple is next to Gulab Sagar Lake. In the temple’s main hall, Lord Krishna is shown as the principal idol. The Garbha Griha is another name for the central hall. 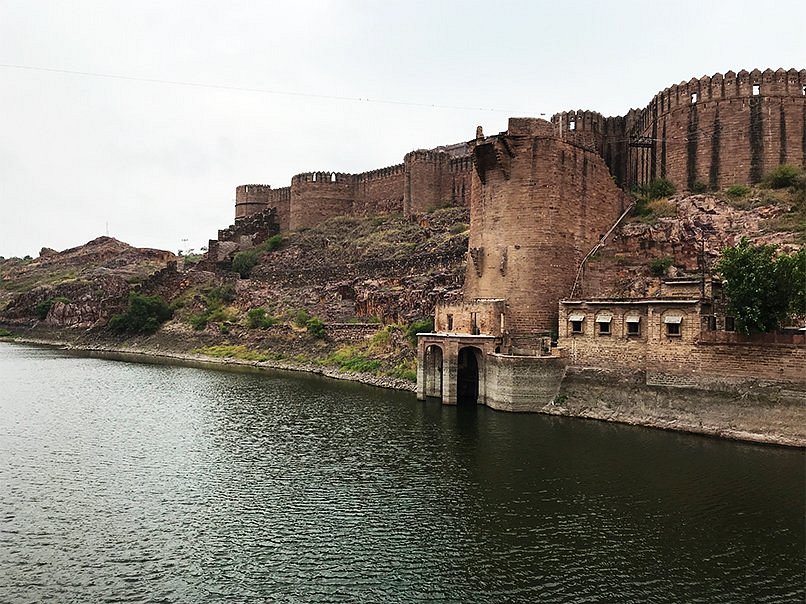 In Jodhpur, there are several amazing and lovely lakes. Two significant lakes are situated around 5 kilometres from the city’s centre. Ranisar Lake and Padmasar Lake are these two lakes. Near Fateh Pol in Mehrangarh, Ranisar Lake was created in 1459. Jasmde Hadi, the queen, constructed it. She was Rao Jodha’s wife.

Rani Padmini created Padmasar Lake. She was Rana Sanga of Mewar’s daughter. These two lakes were built roughly 500 years ago in an effort to conserve water. Therefore, the land near these rivers rarely experiences water shortages. 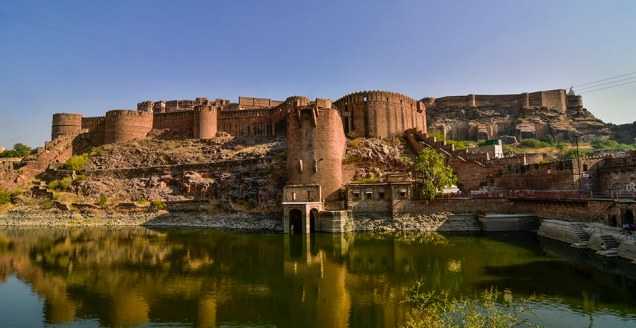 Two nearby lakes in the 500-year-old city of Jodhpur are called Ranisar and Padamsar. They are close to Fateh Pol and are situated behind the Mehrangarh Fort. Jodhpur is located in a dry desert area, thus these beautiful lakes were built to preserve water. It is breathtaking to see the contrast between the tranquillity of these nearby lakes and the majestic Mehrangarh Fort. The crystal-clear waters, which have been conserved and maintained for ages, give off a peaceful aura and mirror the massive fort in nearly exacting detail.

In the fifteenth century, two distinct queens created the two lakes. Rani Jasmde Hadi, the wife of Rao Jodha, the man who founded Jodhpur, gave the order to construct Ranisar Lake. Rani Padmini, the child of Rana Sanga of Mewar, constructed Padamsar Lake. These lakes serve as a superb illustration of the centuries-old history of royal women monitoring public water systems. They were built to preserve water in the dry region. They serve as a representation of the traditional water storage structures found in this area. In the city, they are regarded as a constant source of water. You must see these stunning lakes in Jodhpur