Welcome to Kuldhara-Haunted Village of Jaisalmer

When you hear the name Rajasthan, what images come to mind? Is it the enormous forts or the huge desert, or is it its rich culture and history that makes it so unique?? The stories of brave kings and queens, animals, farmers, and nobles, as well as stories of sacrifice and love, are deeply ingrained in Rajasthani tradition. The daily challenges of the Rajasthani people are shown in these folktales. Every day, they face new problems in the midst of the sand dunes.

Folktales are more relevant today than ever before. Folktales are a way for children to learn about how their culture instills moral values. You should read these folktales to your kids as they grow up. These are both a gateway to other civilizations and a reflection of their own culture. Let’s take a deeper look at some of the Rajasthani folktales that help children better understand aspects of their culture.

There are four well-known folktales about a man named Panna Dhai in Rajasthan: 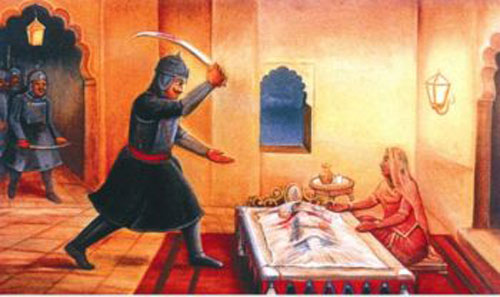 Panna Dhai is the story of a maidservant in a royal household. Vikramaditya and Uday Singh were raised by her as the Rani Karnavati’s sons. King Vikramaditya, Rani Karnavati’s eldest son, ruled Mewar at the period. He was a ruler who was full of himself and full of conceit.

Banvir, a courageous soldier, was chosen by the aristocracy to protect Vikramaditya. It wasn’t about preserving the royal family; it was about his personal ambition. Banvir was a fearless warrior who never faltered in the face of adversity. He believed that Vikramaditya and his brother, Uday Singh, were the only ones standing in his path. He had a hidden plan to kill both of them. Maidservant saw Banvir after Vikramaditya was killed by Banvir. She immediately alerted Panna to the heinous conduct after spotting his red sword. It was Banvir Singh’s turn, she said, and he was on the way.

It was Panna Dhai’s ultimate sacrifice to preserve Mewar’s sole living son, Uday Singh. She put Uday Singh in a basket and hid him there. She shielded the future Maharana of Mewar from Banvir’s grasp with a fruit-covered head. Uday Singh, who was killed by Banvir, was placed on Panna’s son Chandan’s bed. When she returned to Mewar, she reinstated Uday Singh as the rightful successor to the throne of Mewar after spending a few years in another Rajput realm. The throne of Mewar would have gone to someone else had it not been for panna dhai’s bravery and selfless sacrifice of her own kid. 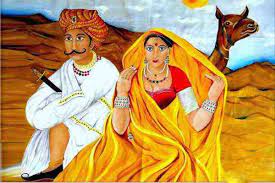 There are many virtues lauded in the Dhola-Maroo saga, including Maroo’s steadfast commitment, Dhola’s courage, and their unbreakable bond. Narvar prince Dhola and the princess of Poogal, Maroo, are major characters in the story. It was a regular habit in Rajasthan to marry children, so they did. After the death of his father, Dhola forgets about the marriage and marries Malwani, a princess from another kingdom. Once at Narvar, a group of singers sent by the king of Poogal successfully inform Dhola of his marriage to Maroo by posing as a folk group from the kingdom of Poogal

Dhola evades Malwani and Umar Sumar’s traps and reaches Poogal, regretting his decision. In an act of divine providence, a group of saints responds to Maroo’s pleadings and miraculously brings him back to life. Once again, the evil Umar Sumar tries to kill Dhola, but this time Dhola-Maroo manages to escape by riding on a flying camel provided by a group of saints. 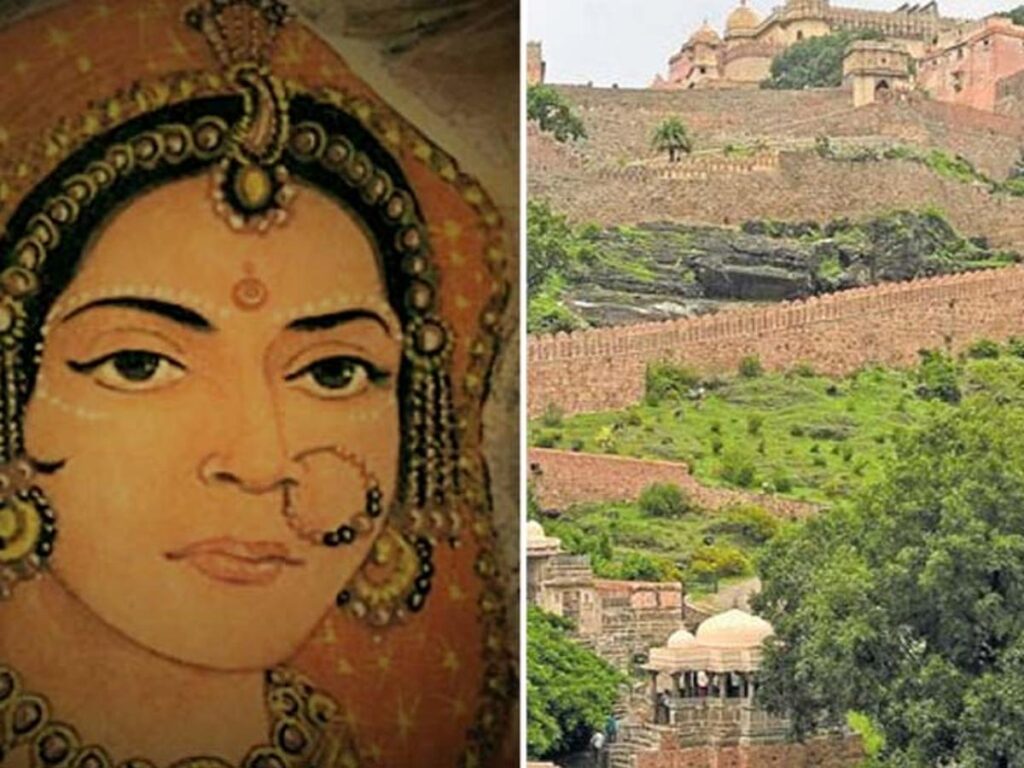 Hadi Rani of the Handa Rajput Clan and Rao Chundawat Ratan Singh are buried in Rajasthan mythology. Many people are unaware of the sacrifice and heroism demonstrated in the annihilation of Aurangzeb’s army and the attainment of the Zenith of Immortality. She has a special position in Rajasthan’s golden past, particularly in Mewar.

In the Thar Desert, a lone traveller decided to take a break from the heat by resting under a cool tree. A few minutes after that, he came upon one and sat down behind its protection. He began to worry whether there might be enemies or perhaps demons lurking in the area. An evil spirit materialised out of thin air. When the traveller prayed aloud for the demon to vanish, it did just that. His mind immediately raced with possibilities, from horses to the most exquisite of Chetaks, all of which could be granted to him through the magic of this wishing tree. What is learned here is that you should be careful what you ask for since it may come true!

The Manvar Desert Camp in Jaisalmer, Rajasthan, is a great place to learn about the rich history of the state.