Some unknown facts about Jaisalmer 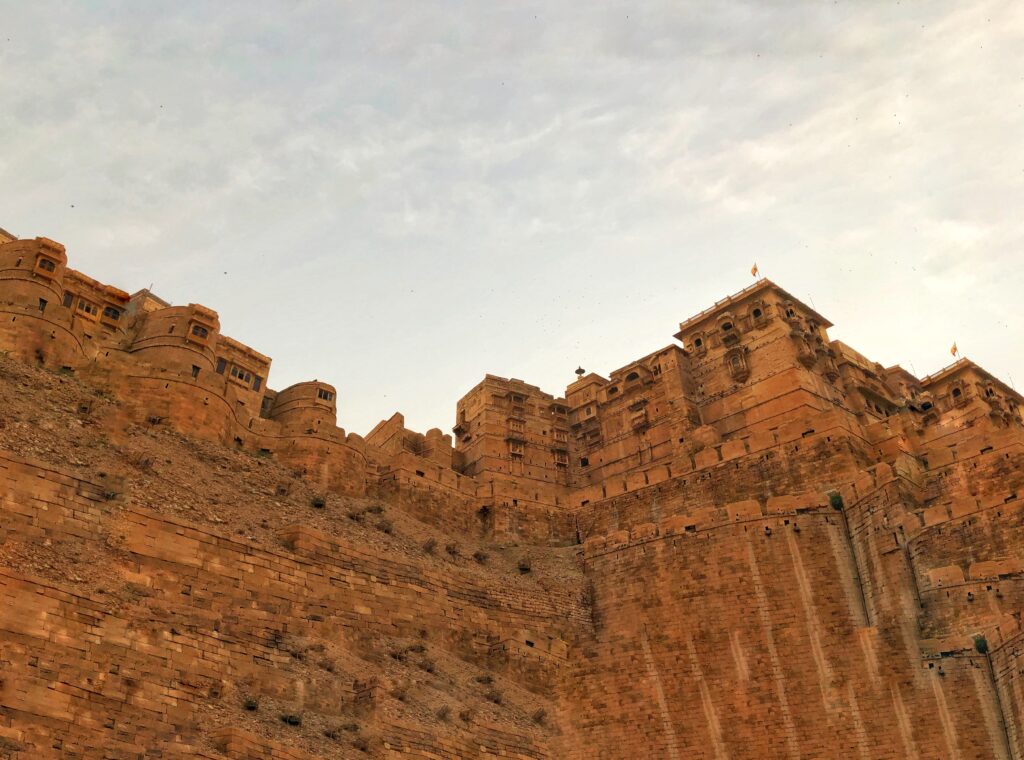 Jaisalmer is a land of wonders, with a vibrant past, culture, natural beauty, and rich history. It is one of the most popular travel destinations globally; experiences in Jaisalmer are counted among the most unique and exotic by travellers. The Golden City, which stands on a ridge of yellowish sandstone crowned by the mighty Jaisalmer Fort, is also known as “The Golden City.”

Every nook and cranny of this city has something to entice and astonish you. Even the colourful turbans worn by the local men have a distinct personality that transports you back in time. 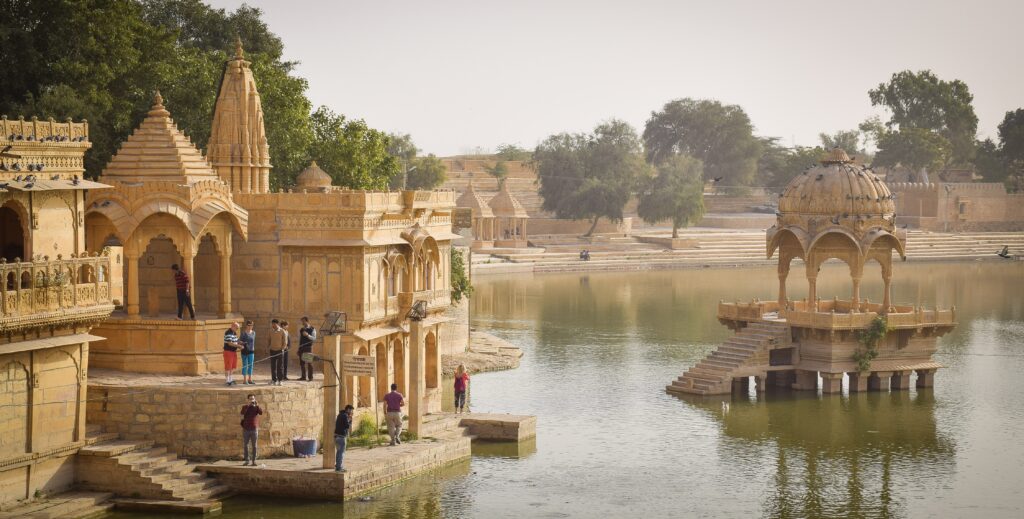 Maharaj Rawal Jaisal is eponymous to Jaisalmer. Jaisalmer served as a significant gateway to Persian countries during medieval times, fostering a thriving trade. Maharaj Rawal Jaisal founded the city in the 12th century and later established his kingdom in the same location. Later, he constructed the Jaisalmer Fort on the Trikuta Hill, which is now one of the most visited heritage sites in Rajasthan. The fort walls protected the city was protected by the fort walls until Ala-ud-Din Khilji attacked and captured it in the 13th century, holding it for nine years. 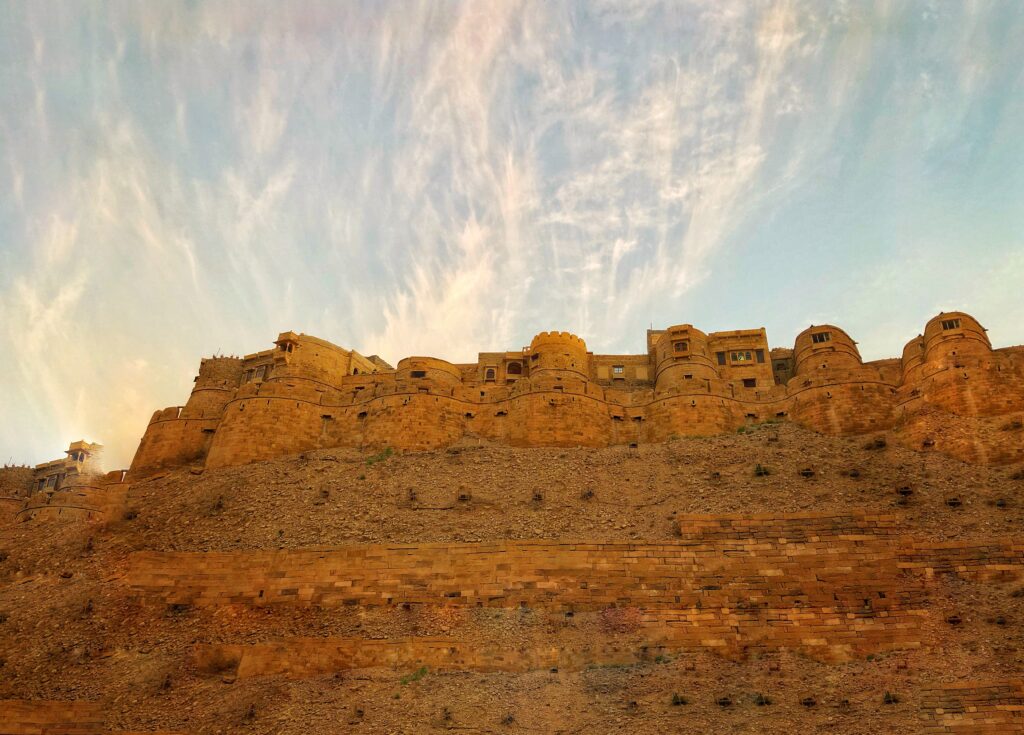 A visit to the Jaisalmer Fort is a once-in-a-lifetime experience. The Fort is one of the world’s largest desert living forts and Rajasthan’s second oldest Fort. It has been designated as a UNESCO World Heritage Site. Because of its yellow sandstone construction, the Fort is also known as Sonar Quila or the Golden Fort.

Within the Fort’s mighty walls, there are also lodging options. The Fort contains popular attractions such as the Raj Palace, Jain temples, Laxminath Temple, and the four gateways – Ganesh Pol, Suraj Pol, Bhoot Pol, and the Hawa Pol.

The beauty of the Great Indian Thar Desert

The Thar Desert is the ninth-largest tropical desert on the planet.

The name of the desert, Thar, comes from the word ‘thul.’ It stretches over 200,000 kilometres and serves as a natural border between India and Pakistan.

The Thar Desert in Jaisalmer is a major attraction, drawing visitors from all over the world. Jaisalmer desert camp has many thrilling activities and the best vistas.

About 15 kilometres from Jaisalmer is the abandoned village of Kuldhara. In the 13th century, a prosperous Paliwal Brahmin clan founded this village. Their agricultural knowledge and trading abilities were well-known. But one night, all of Kuldhara’s villagers vanished into the darkness, leaving no trace.

They are also said to have cast a curse on the village, causing anyone who tried to live on their land to die. Today, it is a popular travel destination where visitors can learn about the mystery surrounding the ruins of the Kuldhara village. The government has recently begun to invest in the redevelopment of this area. 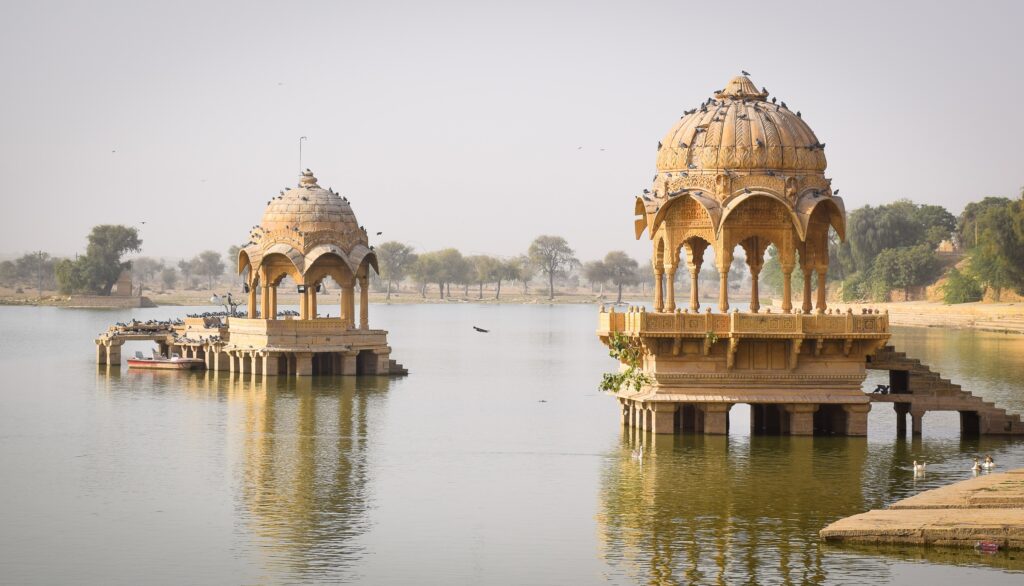 In 1367, this lake was constructed near the Jaisalmer Fort. In the past, it was the only source of water for the desert city. On the banks of the lake is a lovely yellow sandstone carved gate.

Tilon’s Gate has an interesting backstory. Gadi Sagar will transport you to another world with its pleasant and quiet atmosphere. Migratory birds can also be seen drinking from the Gadi Sagar Lake.

Jaisalmer is best visited between October and March, just before it gets too hot! Plan your vacation with Manvar Resort near Jaisalmer for a journey to the Golden City of Jaisalmer, a city steeped in legend and mystery. Learn how this city evolved from a bustling trade centre to a popular travel destination where generations have lived.