The Mahavira Jain temple is the oldest surviving Jain temple in Western India and was built during the reign of Maharaja Sri Vatsaraja of Imperial Pratihāras. It is built in Osian in the Jodhpur District of Rajasthan. The temple is an important pilgrimage of the Oswal Jain community and is visited by both Jain and Hindus. If you are a history lover and like to learn about the ancient architecture of India, you can visit the Mahavir Temple which is just an hour’s drive from Manvar, desert camp in Jodhpur.

The architecture of the Mahavir Temple:

Evidence of the architecture Gurjara-Pratihara dynasty, the temple is surrounded by enclosing walls consisting of garbha griha and mandapa and is dedicated to Mahavira belonging to the Svetambara sect of Jainism. The temple features a shrine, a closed hall, an open foyer, an ornate toran, and exquisite sculptures. The toran in front of the shrine is decorated with ornate carvings of Tirthankaras, 12 in a padmasana yoga pose and 4 in Kayotsarga postures. The pillars of the temple feature intricate artwork that is particular to Maha-Maru tradition. 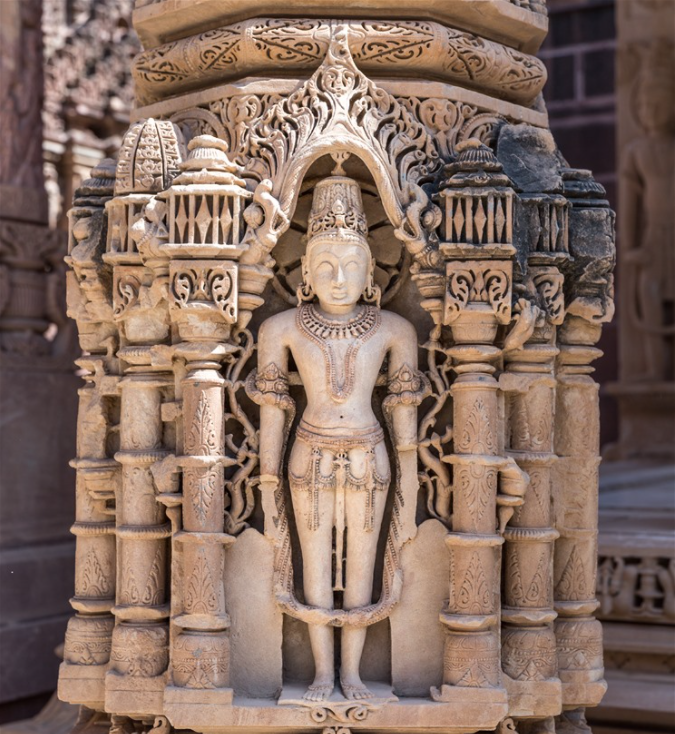 The temple has seven subsidiaries, four on the eastern and three on the western side of the sanctum. These sanctums are joined by Pradaksinapatha. Eastern parts of the shrine have figures of Mahavira and Parshavanatha. The shikhara of the garbha griha and subsidiary shrine are crowned with Amalaka and Kalasa. The shikhara above Mulprasad was constructed later with Māru-Gurjara architecture.

The temple has a large idol of Mahavir covered with 400 grams of gold is placed inside the garbha griha. The outer and inner walls of the sanctum and closed hall are profusely decorated with carvings of Asta-Dikpalas, yaksha-yakshi, Tirthankara, Vidyadevi, and other deities. Vidyadevi sculptures are portrayed as playing musical instruments. The northern, southern, western walls of the temple have carvings of Neminatha’s life like birth, war, renunciation, etc. The Antarala ceiling of every shrine in the temple complex is rich with carvings of flowers. Dev-Kulika temple is also part of the temple complex.

There are three Jivantasvami idols which are about 5.7 feet (1.7 m) tall inside the temple out of which two of the idols are identical, with one having an inscription dated back to 1044 C.E. that identifies the idol to be of Rishabhanatha.
A Dādābadī housing footprint of Jain monks are also present near the Mahavir temple

History of the Mahavir Temple:
The Mahavira Temple in Osian is an important pilgrimage for Jains. According to an inscription found at Sachiya Mata Temple which dates back to 956 A.D., Mahavir Temple was built during the Gurjara-Pratihara dynasty by King Vatsaraja in 783 AD, making it the oldest surviving Jain temple in Western India. According to Jain legends, Acharya Ratnaprabhasuri in (c. 457 BCE) saved the life of the son of a prominent brahmin following which the villagers converted to Jainism and this place for the origination of the Oswal community.

An inscription dating 953 CE found in the temple implements that Osian was rich with decorated temples of every caste. The temple had its first renovation in 956 AD. George Michell describes the existing main temple as “mostly 11th century”, with parts from the 8th century. The toran is from 1015 CE. The temple was robbed and destroyed by Muslim rulers, and none of the original idols survived. In 1016 CE, the temple was restored, and a Manastambha was constructed. The temple was later renovated in the 12th century. 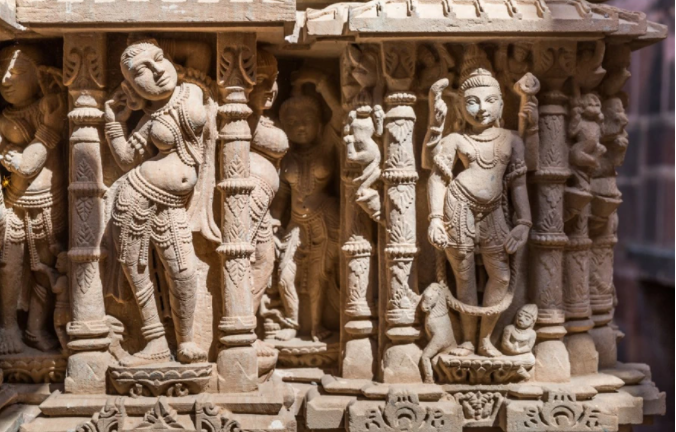 Close to the temple, there is a dharmashala and a school of theology, both of which are run by the temple trust. Osian which is in close proximity to Manvar desert camp in Jodhpur has many historical places to visit. You can read our blog 5 Must visit places in Osian to learn more about the place.