Indigeneous Flora And Fauna Of Desert |Desert camp in Jodhpur

Rajasthan is the northern state of India that has got many feathers to  its crown, such as “Land of Kings’ ‘ , Seventh largest state of India by area and Seventh largest state of India  by Population . It is in the northern side of Rajasthan and shares a border with Pakistani regions of Punjab to the northwest and Sindh to the west. The northwestern part of  Rajasthan is completely dry and sandy. The Thar desert has spread all over  this region, Thar desert is a low populated area, the largest city of  the  desert  is Jodhpur and it is renowned as the “Gateway of Thar desert”. Cultural heritage, magnificent forts and palaces and stunning desert camps in Jodhpur makes it an ideal metropolitan city of India.

The bands of Thar desert has the portions of Northwestern thorn scrub forests, the annual rainfall is about 400 mm and the temperature in summer can go upto 45 degree and it would be bone breaking cold in winter. The desert witnesses rains in monsoon and  dusty storms. Despite these strident climatic conditions , Thar desert houses a variety of animals and plants, most of the endangered species of other parts of the region are found here. Unfortunately most of the time, animals here will have minimal or no water or food to survive. 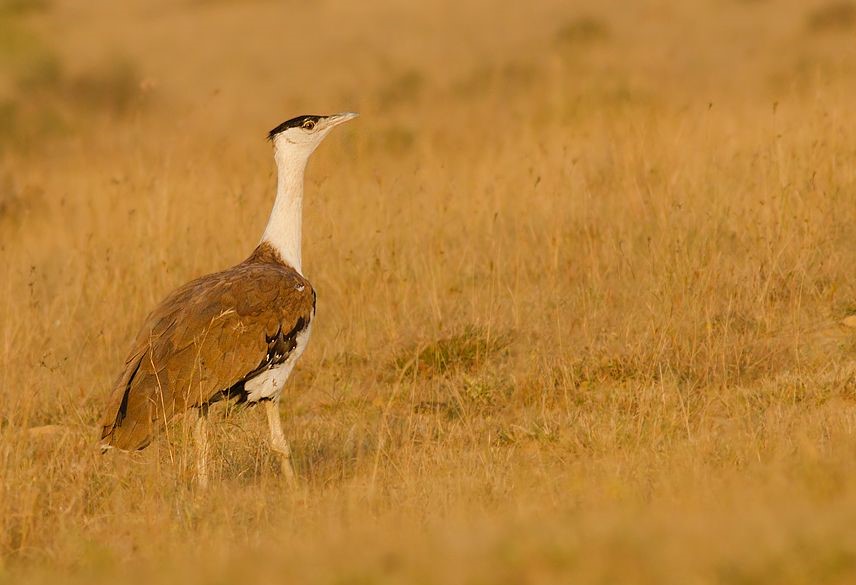 Can be called Great Indian Bustards or Indian Bustards, there are 23 species of bustard birds and among those Indian bustards are the endangered birds. These birds are generally seen in most parts of India and especially in Rajasthan (shared Pakistan). Indian Bustards are the largest land bird with almost 1 meter (3.3ft) height and weigh almost 30 pounds and possess long neck and legs. Great Indians usually live in dry or semi dry grasslands, open areas with thorny scrub and they feed on grass, insects and seeds.

In 2013, on the occasion of World Environmental day ,the Rajasthan government undertook an initiative called “Project Great Indian Bustard” to identify and fence the existing breeding area of these  birds in order to protect them. 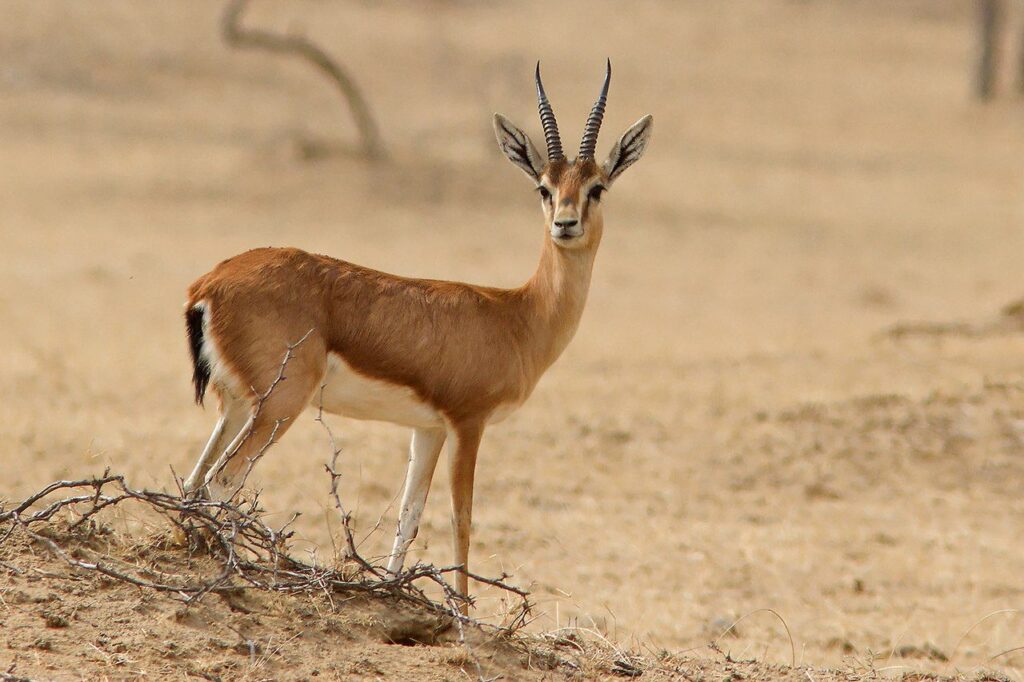 Indian Gazelle are fondly called as Chinkara, they are widely spread in Iran, Afghanistan, Pakistan and India. Chinakara stands at 26 in tall and the body mass is  about 23kg. They look stunning with their reddish-buff summer coats with soft and smooth fur. They live in dry plains, scrubs, deserts and hills. As per the 2001 estimation, there are 100000 Chinkaras in India and about 80000 in Thar desert alone. The tourists who go on the private jeep safari in our Manvar desert camp in Jodhpur have the great chances to spot this beautiful animal. 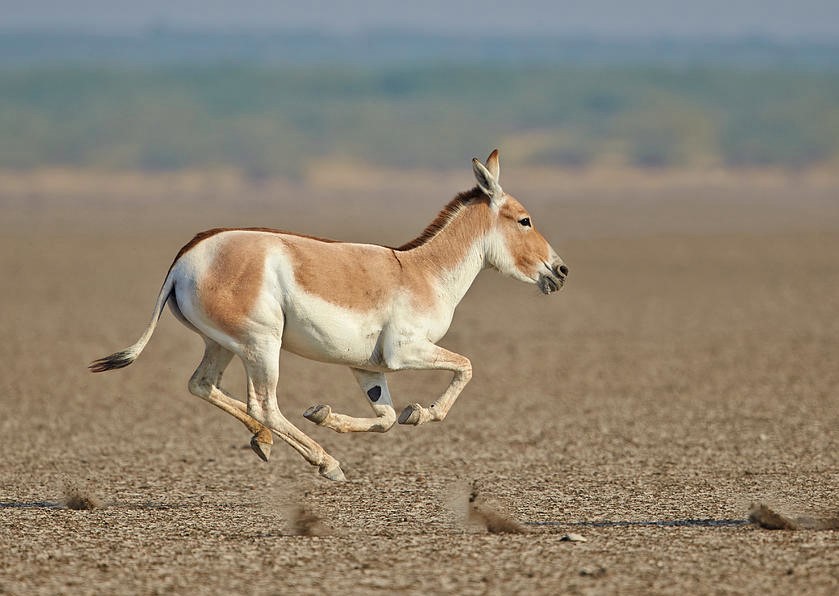 Indian Wild Ass is also called Indian Onager and in Gujarathi local dialects it is called Ghudkhur and Khur. Right now it is marked as Near Threatened by IUCN. They  grow upto 7 feet and weigh about 640 pounds, they are little bigger than the donkeys,  usually there are reddish brown in color but during winter their color turn to be yellow- brown, has a black stripe that goes down on its back . These animals graze between sunset and sunrise, they feed on grass, leaves and fruit and crop plants. They have  the pride as one among the fastest running animals  of India where they can run upto 70-80km per hour. 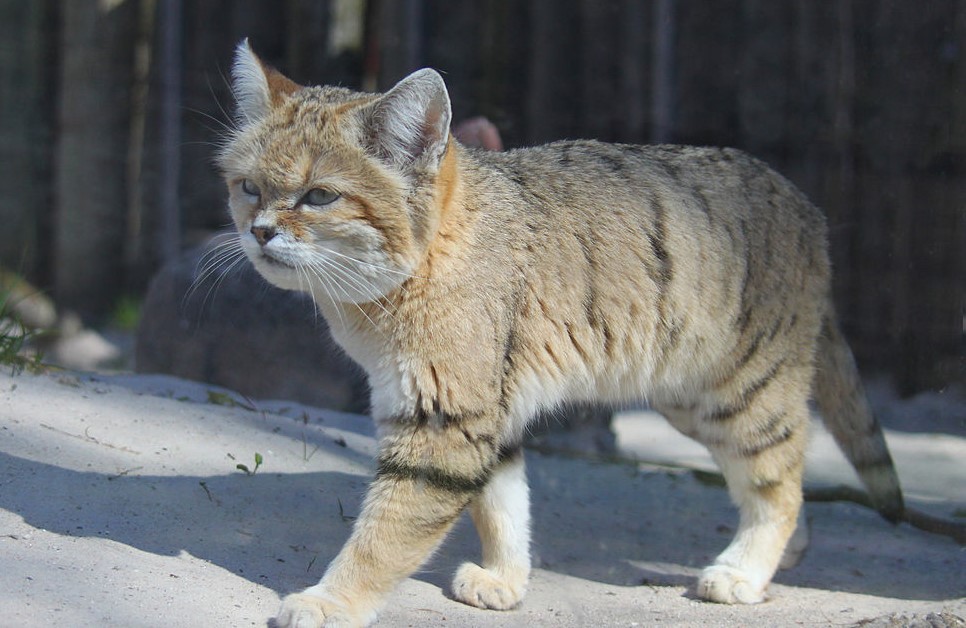 Desert cats, Caracal, Asian steppe wildcat, Indian desert cat and Asiatic wildcat, many names and a single animal. These cats live in dry scrubs and deserts, this is one of the  indigenious animals of the Thar desert.Indian desert cats  fur looks sandy yellow in color and has small round spots all over its body with a thin long tail, they weigh about 3-4 Kg.

Desert cats are carnivorous diet animals , they feed on rodents, rabbits and lizards.

The chestnut bellied sandgrouse is a rather curious member of the sandgrouse family. Found extensively in the arid regions of Rajasthan including Thar, they differ from their cousins in that they are sedentary and do not migrate. Although during summers marked by water scarcity they are known to travel great distances for water.

Perhaps these birds too fell in love with the peace that only the desert can bring. Settling here braving the harshness of weather, even when they could perhaps just fly away. 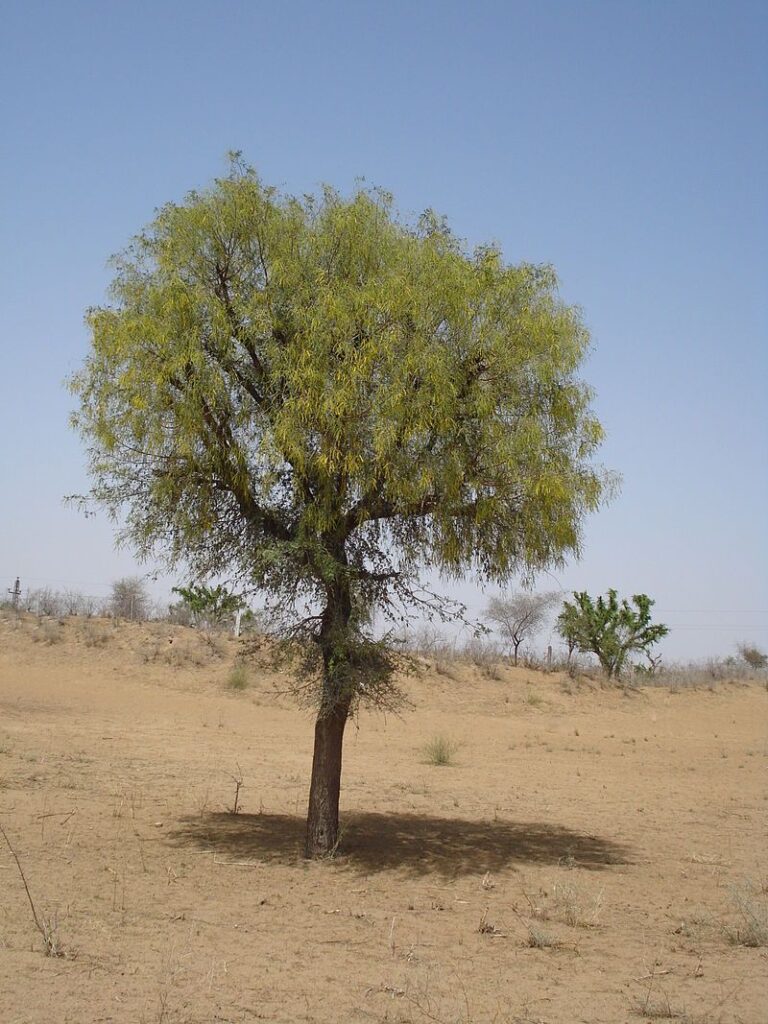 Khejri are also called Jhand and  Sangri, the scientific name of this plant is Prosopis Cineraria. This is the state tree of rajasthan and there it is called as Khejri. Khejri trees holds a great story and a history behind it, Way back in  1730 AD, Maharaja Abhay singh commanded his army to cut Khejri trees in a village called Khejarli near Jodhpur, but Amirta devi and her 3 daughters tried to protect these Khejri trees and gave theirs lives in the environment confrontation. This created a defiance and as result 363 people were killed trying to protect the trees. In 1970, the memory of the incident led to the Chipko movement.

In Karnataka , these trees are called Banni mara and worshipped by the Mysore wodeyar dynasty on Ayoyudha pooja every year during Dasara festival.

In the Thar desert region, people use Singhri pods for many kinds of Bhaaji and Kadhi, also this is one of the traditional dishes of the Thar desert. 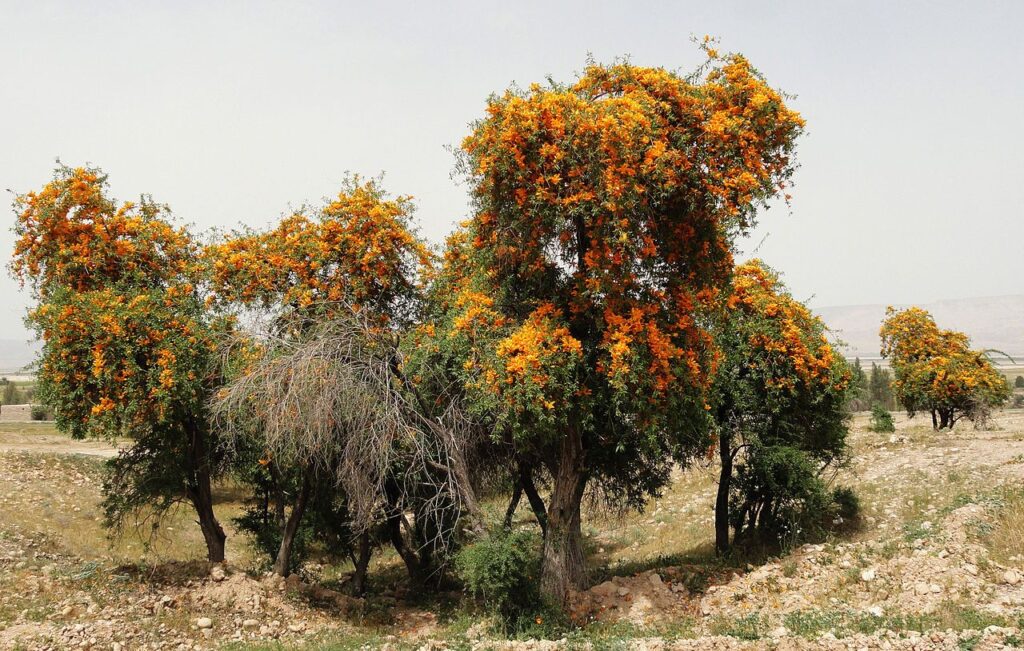 The scientific name of this Plant is Tecomella Undulata, it is found in northwestern parts of India. Rohida produces great quality of timber and in Rajasthan its the main source of timber among all the indigenous trees of the Thar desert. Desert teak or Marwar teak is  the trade name of  this tree species. The flower of this tree is also fabled as the state flower of Rajasthan. 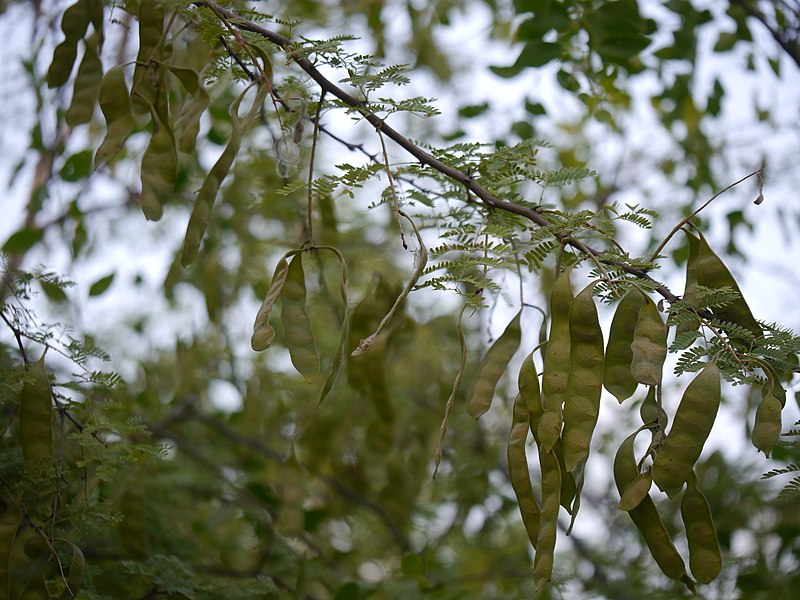 Senegalia Senegal scientifically called Acacia senegal, this is a deciduous small thorny tree that belongs to the family of Senegalla. Gum acacia, Gum arabic tree, Sudan gum and Sudan gum arabic are the common names of this tree. In Rajasthan, the parts of Chauhatan area are famous for this tree and the gum production, there this tree is locally called the Kummat.

To literally witness these indigenous Flora and Fauna of Thar desert one must visit Rajasthan and to our desert camp in Jodhpur. Come and immerse in the experiences of the Thar desert.